The importance of agriculture is acknowledged since prehistoric era. It is now realized more than ever that agriculture is not only source of income and employment but sustenance of human verve. Safe, sufficient, and quality food stuff is one of the most important agenda of the governments and the UN. Unfortunately this sector has many challenges, all are manmade. One of the core challenges is the consequences of climate change. Human interfere in natural ecosystems resulted in many adverse affects in the form of erosion, degradation of soil fertility and polluted croplands. Agriculture is not only affected by the climate change, but also contributes to about 20% of the emissions of greenhouse gases, notably methane and nitrous oxide.
The overall driving force in agriculture is the globally increasing demand for food and fiber. This is primarily caused by a growing world population with a high demand for food production and a wealthier world population with a higher proportion of meat in the diet. The result is that agriculture globally exerts increasing pressure on the land and water resources of the earth, which often results in land degradation, e.g. soil erosion, salinisation and pollution.
Many scientists are concerned that the burning of the fossil fuels adds CO2 to the atmosphere, which could cause the surface temperature of the earth to rise. Atmospheric CO2 concentration has increased from 280 to 350 ppm over the last century. At present rates of increase, atmospheric CO2 may double in the next 75 years compared to pr-industrial levels. Concentrations of other greenhouse gases (methane, nitrous oxide and chlorofluorocarbon) are also increasing. These gases absorb thermal radiation which subsequently warms the earth’s atmosphere.
General circulation models suggest that average global temperature will increase by as much as 3-5 ◦C as atmospheric CO2 levels double. The impacts of global warming may be felt in a wide variety of social, economic, and environmental sector, including coastal infrastructure, marine life, water resources, energy usage, human health, forestry, rangeland ecosystems, crop production and livestock production. In recent years, considerable research has been directed at a preliminary assessment of the potential impacts of climate change on most of these sectors.  However, the potential impact of climate change on livestock has not been adequately assessed; only a few studies have been conducted.
Industrial/Intensive Farming System Produce more Emission
The agricultural ecosystems vary from highly intensive farming systems such as the arable cropping systems of Western countries to the low-input farming systems such as subsistence farming in parts of Asia and Africa. The highest emissions of greenhouse gases from agriculture are generally associated with the intensive farming systems, whereas the extensive farming system is the most severely affected by climate change.
Climate Change Affects and Response
Climate change is expected to affect agriculture very differently in different parts of the world. The resulting effects depend on current climatic and soil conditions, the direction of change and the availability of resources and infrastructure to cope with change. The main drivers of agricultural responses to climate change are biophysical effects and socio-economic factors. Crop production is affected biophysically by meteorological variables, including rising temperatures, changing precipitation regimes, and increased atmospheric carbon dioxide levels. Biophysical effects of climate change on agricultural production will be positive in some agricultural systems and regions, and negative in others, and these effects will vary through time. Socio-economic factors influence responses to changes in crop productivity, with price changes and shifts in relative benefit. 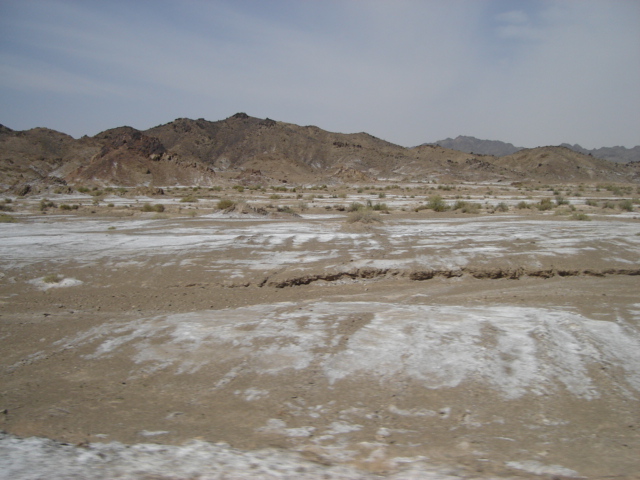 High temperature and atmospheric CO2 will negatively affect agriculture in dry and warm regions of the world (dry ecosystems). Contrary to dry ecosystems, it will put rather positive impact on agricultural productivity in very cold ecosystems like North Europe and America. CO2 has some biophysical effect. Most plants growing in atmospheric CO2 higher than ambient exhibit increased rates of photosynthesis. High CO2 also reduces the stomatal openings of some crop plants. By so doing, CO2 reduces transpiration per unit leaf area while enhancing photosynthesis. Thus it may lead to improve water-use efficiency (the ratio of crop biomass to amount of water used in evapo-transpiration). As a result of these interactions, elevated CO2 alone tends to increase growth and yield of most agricultural plants.
a.     Climate Chang Affect on Water
Agriculture of any kind is strongly influenced by the availability of water. Climate change will modify rainfall, evaporation, runoff, and soil moisture storage. Changes in total seasonal precipitation or in its pattern of variability are both important. The demand for water for irrigation is projected to rise in a warmer climate, increasing the competition between agriculture and urban as well as industrial users of water. More water will be required per unit area under drier conditions, and peak irrigation demands are also predicted to rise due to more severe heat waves.
b.     Climatic Abrupt and Severe variability
Extreme meteorological events, such as spells of high temperature, heavy storms, or droughts, can severely disrupt crop production. Recent studies have considered possible changes in the variability as well as in the mean values of climatic variables. Where certain varieties of crops are grown near their limits of maximum temperature tolerance, heat spells can be particularly detrimental.
c.      Soil fertility and erosion
Soil organic matter plays a key role in building and sustaining soil fertility, affecting physical, chemical and biological soil properties. Increased temperature will increase the turnover rate of organic matter. The effects are likely to be highest during winter time, and increased turnover may lead to buildup of inorganic nitrogen in the soil and increased risk of nitrate leaching.
According to scientists, this may lead to enhanced CO2 emissions, which probably will be most pronounced from peat soils and also affect the use of these soils for agricultural purposes. N2O emissions may also be enhanced under some conditions affected by both changes in temperature, soil moisture and carbon input. Drier soil conditions will increase the vulnerability to wind erosion, especially if winds intensify.
d.     Crop protection
Conditions are more favorable for the proliferation of insect pests in warmer climates, because many insects can then complete a greater number of reproductive cycles. Warmer winter temperatures may also allow pests to overwinter in areas where they are now limited by cold, altered wind patterns may change the spread of both wind-borne pests and of the bacteria and fungi that are the agents of crop disease. Higher CO2 concentration will stimulate growth and water use efficiency in both C3 and C4 species. The control of weeds, pests and diseases is also likely to be affected by these changes.
e.      Constraints on management
The weather directly affects the ability to manage soils, crops and livestock properly. Detrimental soil compaction can occur, if tillage and traffic is performed when the soil is too wet.
Conclusion


In developing countries of Asia and Africa, climate change severities are predominantly more visible. The water shortage is one of the critical problems of Afro Asian region of the world and many countries are proceeding towards water conflict. Other consequences of climate change are visible at all levesl. New diseases are documented and reported both of livestock and agriculture from different parts of the world. The only way for conditions to adopt is adaptation to climate change. In this respect native genetic resources of both livestock and agriculture can be pivotal to adapt with the climate change calamities.
Posted by Fighting with the Desert Storm at 12:35 AM