Drylands of the world are home of more than 2 billion people (one third of the humanity). Unfortunately half of the population lives in poverty and hunger. Similarly, dryland rangelands support about 50 percent of the world’s livestock. More than half of the livestock breeds diversity is found in drylands. The inhabitants of the drylands depend on a highly variable natural resource. Major component of the dry lands occur in developing countries and approximately 90 percent of dryland peoples live in developing countries.
Drylands cover more than one-third of the earth (40 percent of the world’s land surface) and home of  100 countries. They comprised of a wide variety of ecosystems, including sandy deserts, temperate grasslands, mountainous and savanna woodlands etc. Drylands are found on every continent but are most extensive in Africa and Asia. The salient feature of the dry land that it receives precipitation compare to evaporation.
Sustainable development (especially small-scale farming system) in the drylands would help reduce poverty and hunger worldwide. Indeed, it will be impossible to meet the Millennium Development goals (MDGs) of halving world poverty and hunger by 2015 if life does not improve for the poor people of the drylands. Together, they are the ‘forgotten billion’. 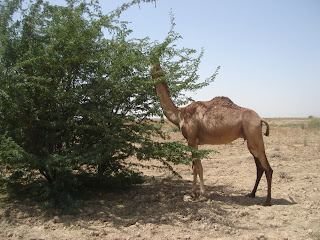 Despite the difficulties of living in drylands, people have successfully inhabited these areas for thousands of years. Historically, drylands played a central role in the development of human societies. The domestication of plants and animals, the creation of the city, and the advent of at least three major world religions can be traced to drylands. Today, drylands provide much of the world’s grain and livestock.
Despite their historical and contemporary significance, drylands are always neglected, resulting in poverty and hunger. Policy makers think that that drylands are barren places with little economic value. In truth, the value of dryland ecosystem services—to national economies and the lives of local people—is much higher than previously understood, even though their biological productivity is relatively low. They forget that crop and livestock genetic resources produces food in a very low input system and they are resilient to drought and diseases. Greater respect for the resilience of dryland peoples goes hand in hand with an improved understanding of how dryland ecosystems operate. 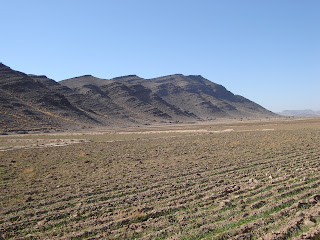 The people of drylands are very rich with their indigenous knowledge and they cope with the changing dynamics of the drylands with the help of their own indigenous knowledge. They evolve their genetic resources with the changing environments and consumer demand.
‘The misapprehension that drylands contribute little to national and global economies and values should also be corrected. Drylands are increasingly important, especially in the context of emerging global issues such as food security and climate change. Meeting global food targets requires improved, sustainable management of dryland resources, including water, land and nutrients. The farmers, especially pastoralists are always neglected and deprived to take part in policy making. Unfortunately any new innovation in agriculture and biodiversity are applied on the drylands ihibited by the pastoralists and they are alwys deprived of the grazing rights. The time is reached to assure participation of the pastoralists, livestock keepers and farmers to beet the challenge of food security in climate change scenario.
Posted by Fighting with the Desert Storm at 2:02 AM