During the first meeting of the FSCCA, it was decided that monthly meeting will be held at regular basis. This meeting was a bit delayed for few days because of some unavoidable circumstances. October is the busiest month here and at the same time there are many international event.
In this meeting the issue of the climate change impact on agriculture in Balochistan was discussed in details. Sadiq Agha, PhD scholar discussed in details the calamities of climate change on agriculture in Balochistan. He fortified his lecture with PPT and showed some precious pictures from the field.
After this discussion a film on the state of wild life conservation in Thorghar was showed by SUSG. Wild life in Thorghar is with harmony to the pastoral livestock of the region. Thorghar is inhibited by Jalalzai Sanzarkhail tribe of Pashtoon Afghan. There are wild goat (Suleiman Markhur) wild sheep (Afghan Oreal)  and many other species of birds, reptiles and fauna diversity. Thorghar is the best sanctuary of wildlife in the region, which is conserved through the involvement of the local community of the pastoral people. Thorghar project had been running by SUSG and is the success story of the region. Such story can be a good example for the government run wildlife sanctuaries in Pakistan and India, where mostly the local communities are deprived from the grazing rights. One of the best exemplary is the deprivation of Rika camel community in Rajasthan, India.

The next meeting agenda was proposed as climate change and agriculture in Balochistan. Again Sadiq Agha will present with new PPT and pictures.
Dr Abdul Raziq
Focal Point FSCCA 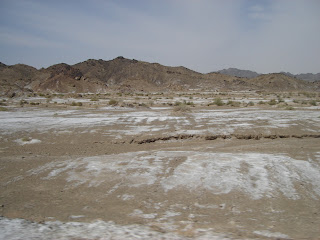