Explosion in population, climate change calamities, droughts and faulty policies are not only threatening food security question but also influence biodiversity badly. The ever increasing temperature of the globe, creeping desertification and decline in fertility of the land further deepen the concerns of scientists, how to feed the world after 2050. The feeding habits, selection for very specific traits in genetic resources also keeping the biodiversity at stake. In such circumstances, the importance of agroecosystems diversity is highly realized, even more than ever.
In this article, two phenomenon, i.e. agroecosystems farming (AEF) and high input farming system (HIFS) will be discuss and compare.
Food issue and HIFS: In last decade the food prices boomed up which resulted in political instability in many quarters of the world. The situation is still not stable, though some minor or time being resolutions are visible. While food price volatilities and environmental degradation illustrate the failings of HIFS. The challenge to food production presented by climate change is framed in terms of the need for resilience, adaptive capacity and the mitigation of greenhouse gas emissions in food production systems. HIFS degrades environment and results in loss of biodiversity. On the other hand, techniques common to biodiverse agroecological approaches like in AEF bring multiple benefits, simultaneously building resilience in ecosystems and farming communities.
HIFS tends to simplify agricultural systems and reduces diversity. Monocultures of single varieties of plants are grown over vast fields and prairies, in ways that facilitate mechanized panting, weed control, chemical spraying and harvesting. Similar seed, livestock breeds, aquatic organisms, inputs and machines supplied globally by an ever decreasing number of corporations. Diversity is the enemy of these methods and the uniformity of product demanded by the commodity supply chain. In the result of HIFS, the major losses happened to biodiversity.
·       More than 90% of the crop varieties have disappeared from farmers fields
·       Half of the breeds of many domestic animals have been lost
Powerful economic and institutional interests have backed research and development for the HIFS, while research and development for AEF and sustainable approaches has been largely ignored or even ostracized.
Biodiversity and homeostasis: The loss of biodiversity in agroecosystems can bring devastating consequences while every ecosystem changes as time passes. In naturally occurring environments the diversity of ecosystem biota interact to create an approximately stable or equilibrium condition. This self regulating system is known homeostasis. Disturbances from outside the ecosystem are compensated for by responses in the different components of the ecosystem, be they producers (such as crops and weeds), consumers (animals), decomposers (soil fungi and bacteria) or the non-living elements (decompose soil humus).
Achieving homeostasis requires a large number of different species: without this, the ecosystem starts to deteriorate in response to any external variation. For this reason, simplified, human constructed agroecosystems (we have today) may be unable to maintain their structure. Deterioration sets in, seen in processes such as the accelerated loss of resilience and diversity and the erosion, Stalinization or decline in the fertility of soils.
In HIFS, simplification and the associated deterioration of the agroecosystems are compensated for through the introduction of chemical inputs- fertilizers, pesticides and herbicides and the increasing using of antibiotics in livestock. Thus fossil fuel dependent industrial processes are required to provide agricultural inputs and sustain productivity. Yet while yields may be supported in the short term, these highly simplified agroecosystems cannot achieve homeostasis and remains in long term decline.
AEF promise biodiversity: The productivity enhancing, purifying, regulating and recycling functions provided to agroecosystems by biodiversity occur as a result of improved nutrient use and energy capture among the different biological element.
The importance of biodiversity is in providing a critical number of complementary species that are able maximize the exploitation of available niches, enhancing productivity, enabling homeostasis and preventing ecosystem decline. A reduction in biodiversity through the simplification of agroecosystems reduces niche utilization and therefore brings losses in fertility and an increased risk of exposure to new pest and disease variant.

Resilience and agroecosystems: The resilience of agroecosystems, achieved by fostering homeostasis, and livelihood resilience, which is achieved through a reduced dependency on external inputs (which harbor uncertainties such as price volatility) or a diversification of produce (preserving yields in the face of climate, pest or disease variability). The more diverse the agroecosystems and the longer this diversity remains undisturbed, the more internal links develop to promote greater insect stability. Any changes on the levels of plant diversity in such systems can lead to disruptions of natural pest control mechanisms, potentially making farmers more dependent on pesticides,. Specialized insect pest species usually exhibit higher abundance in monoculture than in diversified crop systems.
AEF approaches that build resilience
·       Complex system
·       Use local genetic diversity
·       Soil organic matter enhancement
·       Multiple cropping or polyculture systems
·       Agroforestry systems and mulching
·       Home gardening
·       Organic farming
Also, in majority of the cases, AEF is based on organic farming. Organic farming is the best for agroecosystems and biodiversity at large.
Practicing organic farming
·       Soil erosion was significantly reduced in the organic production systems compared with the conventional production systems, thus conserving nitrogen, phosphorus, and potassium.
·       Water resources were conserved in the organic production systems compared with the conventional production systems.
·       Corn and soybean organic farming systems-yields during drought years were 30% and 50% higher than the conventional corn and soybean-yield, respectively.
·       Soil organic matter in the organic farming systems was 54% higher than in the conventional farming systems.
The organic crop systems performed significantly better in 4 out of 5 years of moderate drought. In the severe drought year of 1999, 3 out of 4 crop comparisons resulted in significantly better yields in the organic systems than the conventional.

Climate change mitigation and AEF:
Data from nearly three decades of research trials indicate that wide-scale implementation of established, scientifically researched and proven practical farming methods will change agriculture from a global warming contributor to a global warming inhibitor, from a problem to a solution.
·       Fossil energy inputs in organic corn production were 31% lower than conventional corn production, and the energy inputs for organic soybean production were 17% lower than conventional soybean production.
·       Organic corn farming systems collected 180% more solar energy than the conventional corn farming system, principally via cover crops, contributing to the improved energy efficiency of the organic systems.
·       Organic grass-fed beef required 50 % less fossil energy than the conventional grain-fed beef system.
Livestock’s ability to consume crop residues and by-products that are inedible to humans is resource efficient and leads to GHG avoidance. Manure can improve soil quality and reduces the need for synthetic fertilizers. There will, moreover, be an environmental cost to producing substitute goods and services if we did not have livestock from which to obtain them.
The multiple benefits of AEF are
·       Organic matter accumulation and nutrient cycling
·       Increased soil biological activity
·       Natural control mechanisms (disease suppression, biocontrol of insects, weed interference)
·       Resource conservation and regeneration (including soil, water and germplasm)
·       Enhanced agricultural biodiversity and synergies between components.

Conclusion: The ever increasing human population demands for food. Urbanization accelerated the demand for food items and it volatilized the food prices. Short term high in put production system, though fulfilling demand but adversely affect environment and biodiversity. To keep rural system survive, a need for backing of agroecosystems farming is highly realized, which guaranteeing the safe and healthy food supply, conserve biodiversity and sustainable. Such system is resilient to climate change and need very low in put, especially fossil oil. Fossil oil combustion is the main contributor to climate change; hence adapting agroecosystems farming is a sort of mitigation climate change. Agroecosystems farming is one of the best tools to keep the young people in rural populace and minimizing urbanization pressure. This system guarantees the sustainable development of rural economy. Looking for aid in agricultural development and waiting for catastrophes like drought etc is a very foolish idea and there is needing of time to rethink on policies relate to the agricultural development. SAVES (Society of Animal, Veterinary and Environmental Scientists) is struggling for endogenous development of livestock agriculture based on local resources and indigenous knowledge.
www.saves.org.pk 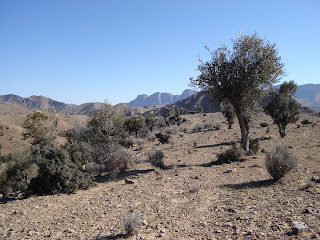 Posted by Fighting with the Desert Storm at 1:24 AM